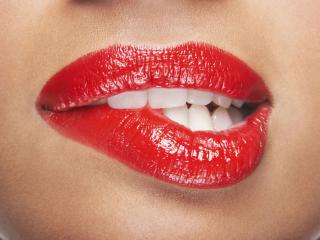 FRANKLIN, Wisc. — A new Harris Poll survey commissioned by Carma Laboratories, the makers of Carmex, has found that many people tie their confidence to the state of their lips. About 20% of the 2,000 respondents to an online poll said that they feel less self-confident when they have chapped lips.
Beyond self-confidence, almost a quarter say that they don’t feel like they look attractive with chapped lips. Moreover, many (a little less than a quarter) of respondents said that having chapped lips made them less sexy. Those who tie sexiness to the state of their lips were slightly divided among gender lines, with only 13% of men saying their lips affected how sexy they felt, compared to 23% of women.
Though 92% of people surveyed said they acknowledged that something makes their lips chapped, two groups — women and young adults — felt more that chapped lips were a problem. However, those who did point to their lips as a trouble area were also the groups that did the most to alleviate the problem by using products that make their lips softer, with most respondents pointing to lip balm as the best way to do so.
Advertisement
Advertisement
Advertisement