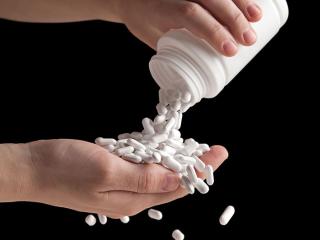 The opioid crisis is one staggering statistic after another. Opioid-related deaths — including those due to prescription opioids, heroin and fentanyl — have more than quadrupled since 1999, with the Centers for Disease Control and Prevention logging 42,000 opioid-related fatalities in 2016. That year, 40% of all opioid overdose deaths — about 17,000 — involved prescription opioids.

That the crisis is something to be reckoned with is not news to the healthcare industry, which is arguably the one closest to it, particularly when it comes to community pharmacies. What is changing is that the industry is more aggressively looking to offer solutions — from overdose prevention to safe disposal and educational programs — as it waits for legislative solutions that codify preventive measures against opioid abuse and misuse. At the same time, it still wants to ensure that patients with chronic pain can retain access to necessary treatment.

Industry leaders agree that offering access to resources is a key way to help stem the tide of the epidemic. They also agree that it cannot be done by one actor alone, and that the way out of the crisis is through collaboration between retailers, distributors and third parties, including various state and federal government agencies, around solutions that can be carried out in-store and in the communities they serve.

Stopping overdose in its tracks

Overdose prevention is high on the call-to-action list. Naloxone was not a household name before the opioid crisis. Now, it and its brand name Narcan have become well-known among patients for its ability to reverse an opioid overdose. Its ubiquity also is due in part to retail and distributor efforts to make naloxone — both as an injectable and a nasal spray — available to patients without requiring a prescription.

At Walgreens — which stocks Adapt Pharma’s Narcan Nasal Spray chainwide through a collaboration with AmerisourceBergen — 8,100 stores across 46 states are able to dispense the overdose reversal drug without a prescription. Rick Gates, the retailer’s group president of pharmacy, said that the chain’s naloxone efforts have expanded to the point where patients leaving the pharmacy with a prescription that contains more than the equivalent of 50 morphine milligrams receive pharmacist counseling about naloxone availability and its use.

“When patients most at risk with higher doses are leaving our stores, we’re having relevant conversations with them to really ensure that they understand the risk and they have the ability to get the antidote, if possible, before they leave,” he said.

Similarly, CVS Health has rolled out prescription-free naloxone to 43 states, and Rite Aid has made it available without a script in 25 states, training more than 11,000 pharmacists on dispensing. Even less pharmacy-centered retailers have begun offering naloxone, with supermarket company Albertsons rolling out access to Narcan Nasal Spray at several of its banners across 13 states early last year. It has trained 3,000 pharmacists on how to dispense the drug.

Naloxone access beyond the pharmacy is another area that the industry has been keen to engage in, with Cardinal Health’s recently-announced Opioid Action Plan, which includes the donation of roughly 80,000 doses to law enforcement and first responders in Ohio, Kentucky, Tennessee and West Virginia.

Throwing away risk
Alongside efforts to make sure potential overdoses can be reversed, the industry has come together around a way to hopefully prevent the possibility of overdoses by offering a way for patients to easily get rid of unwanted medications.

“Disposal is a big issue that I don’t think people understand,” Cardinal Health senior vice president of independent sales Steve Lawrence said. “About 54% of the people that misuse prescription painkillers get them from a friend or family member. If those friends or family members had a better way to dispose of medication, I don’t think so many of those pills would be out there for someone to get their hands on and potentially abuse and become addicted to.”

Industry players have begun to see the value in providing a safe place for patients to dispose of their medications as part of a response to the opioid crisis. Stericycle Environmental Solutions, which includes among its offerings both drug disposal kiosks and prepaid seal-and-send envelopes, has seen an uptick in interest nationwide since it began its drug take-back efforts several years ago. A San Luis Obispo County, Calif., ordinance that required retailers to have a consumer medication take back outlet spurred the move.

“We’re seeing quite a bit of traction, and it’s grown exponentially over I would say the last two years,“ Stericycle Environmental Solutionsvice president of sales and marketing operations Maricha Ellis said. “Having convenient outlets for that disposal is so important, so that these drugs don’t get diverted and fall into the wrong hands. If we can take any of those unused medications off the street, it’s a huge benefit to helping with diversion possibilities.”

In an October 2017 letter to President Donald Trump, members of the administration and the President’s Commission on Combating Drug Addiction and the Opioid Crisis, the National Association of Chain Drug Stores included safe disposal as a key policy that could be enacted to curb opioid abuse and misuse. And retailers have been keen to get ahead of policy and make safe disposal a cornerstone of their response efforts.

Walgreens introduced its medication disposal program in February 2016, and Rick Gates, the chain’s group vice president of pharmacy, said that, based on the most recent data, the disposal kiosks have collected 115 metric tons of unwanted medication from patients. The company currently has 600 kiosks throughout its store base, with plans to add 900 more through partnerships with wholesaler AmerisourceBergen, the Blue Cross Blue Shield Association, Pfizer and Prime Therapeutics.

“It’s been highly successful, but that’s just a start — and we need to continue to look at making it even easier for patients to get rid of unwanted or unused medication,” Gates said. “AmerisourceBergen is helping us expand the actual kiosks, they’re funding into it. It’s not free, but we do believe it’s necessary and something that we need to do to step up and help in communities across America.”

Disposal also is an area where independent pharmacists, many of whom are located in some of the areas hardest hit by the opioid epidemic, can help play a role, too — albeit with an assist from pharmaceutical manufacturers. Inmar, an intelligent commerce company, launched its consumer drug take back effort in October, with nine North Carolina pharmacies debuting a disposal kiosk. Through its disposal program, Inmar is offering pharmaceutical manufacturers some sponsorship opportunities, with the ability for a kiosk to bear a sponsorship message. The company has said that it hopes to offer kiosks in roughly one-third of counties nationwide early this year.