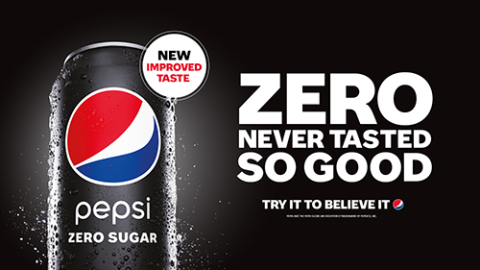 Currently rolling out across the country, Pepsi boasted that the upgraded recipe uses a new sweetener system to land a more refreshing and bolder taste profile than the previous Pepsi Zero Sugar varietal, the company said.

In a comprehensive assessment study, consumers preferred the new Pepsi Zero Sugar across virtually every evaluation category, considering it more: refreshing, tasty, having a real cola taste, smoothness, the ability to pair with food and more, Pepsi said.

Additionally, the brand is preparing a suite of consumer-facing marketing activations as the brand seeks to prioritize the zero-sugar category across in-store and media marketing channels.

Some of the campaign activations around the new and improved Pepsi Zero Sugar include:

From supply chain to POS: lessons learned at NRF 2023

Automation of the retail industry across all sectors, from supply chains to fast food restaurants to e-commerce AI took over the news this week.

With the future of U.S. cannabidiol sales growing, Sunnyside expands into more locations.