Drug Store News has rounded up all the retail pharmacy comings and goings to help keep you informed. Here are this week’s announcements. 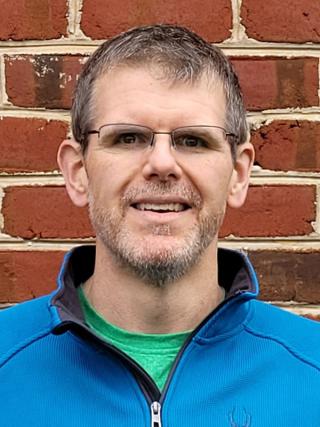 EPIC Pharmacies, a nationwide buying group dedicated to empowering independent pharmacies, announced that Brian M. Hose, PharmD, will transition from chairperson of the company’s board of directors to CEO effective Nov. 4.

“From collaborating on the board to our work together during this transition, Brian has shown a devoted commitment to EPIC Rx and independent pharmacy,” said Robert J. McLaughlin, Jr., R.Ph., outgoing EPIC Pharmacies CEO. “I’m very thankful to have had the opportunity to work with the dedicated team members at EPIC Rx, but I look forward to focusing on my role as owner at my own independent pharmacies.”

Hose has owned and operated Sharpsburg Pharmacy in Maryland since 2008. In addition to his work as a preceptor for multiple pharmacy universities, he is an advocate for community pharmacy at the state and federal levels, the company said

Medical technology company Intuity Medical has announced the appointment of George Zamanakos as president and CEO. He served on the company's board of directors for the past year and a half and brings experience in diabetes technology as well as healthcare innovation, strategy and commercialization, the company said.

Zamanakos succeeds Emory Anderson, who led the company over the past 14 years in the development and last year's launch of its POGO Automatic Blood Glucose Monitoring System. Anderson will continue to support the company in an advisory role.

"On behalf of the board, we are pleased to welcome George to lead Intuity Medical as we venture into the next phase of the company's development,” said Rebecca Robertson, chair of the company's board and managing director at Versant Ventures. “His substantial expertise in commercializing diabetes technologies will serve the company well at this pivotal time, as we are intensively focused on expanding access to POGO Automatic for people with diabetes. We're also especially grateful to Emory for his leadership over this past decade as he guided the Intuity Medical team to make the dream of POGO Automatic a reality."

Zamanakos brings with him broad commercial leadership experience in glucose monitoring innovations, the company said. He previously served as divisional vice president of global strategic marketing with Abbott Diabetes, where he had global responsibilities for the company's diabetes business and shaped the commercialization and innovation strategy for the FreeStyle Libre platform. Before that, Zamanakos was general manager of SweetSpot, a division of Dexcom, and director of strategic marketing for LifeScan, formerly a division of Johnson & Johnson.

"I'm honored to take the helm of Intuity Medical and help make a meaningful impact through leadership and innovation as we scale up the organization," Zamanakos said. "More than 20 million people with diabetes rely on conventional glucose monitoring, and POGO Automatic has the potential to improve their self-care as a seamless and intuitive part of their daily routines. I'm excited to lead the Intuity Medical team into this important phase of growth and transformation."

Malki brings more than 30 years of quality operations and regulatory experience in the pharmaceuticals industry. She joins the Company from Alvotech, where she served as chief quality officer responsible for all quality functions advancing the company’s growing biosimilar pipeline. Prior to joining Alvotech, Ms. Malki held various senior leadership roles at Mylan, including Head of Global Quality Operations.

Prior to joining the FDA, Toufanian served as an associate with Zuckerman Spaeder LLP, specializing in food and drug and criminal defense matters, and she began her legal career at Willkie Farr & Gallagher, and clerked for the United States District Court for the District of Columbia. She holds a J.D. from New York University School of Law, an M.A. in English Literature from the University of Texas at Austin, and a B.A. from the University of Michigan.

“We are so excited to welcome Reem and Maryll to our leadership team,” co-chief executive officers Chirag Patel and Chintu Patel said. “In this next phase of growth for Amneal, we are significantly expanding in high growth areas such as biosimilars, complex generics, injectables and specialty. Reem and Maryll bring deep expertise that will be invaluable as we go forward and expand Amneal in these more complex areas.”

WindRose Health Investors, the New York-based healthcare private equity firm, has completed the acquisition of Bank’s Apothecary and added Eric Elliott as the CEO of the combined company. He formally joined the platform as its CEO on Nov. 1.

Prior to the appointment, Elliott served as a lead independent director of WellDyne and previously as chairman of Voluntis S.A. through its sale to AptarGroup in late 2021. He also served in various senior leadership roles at CIGNA, Aetna and Prime Therapeutics, where he was the president and CEO.

“On behalf of the board, I am thrilled to welcome Eric to the team,” said Mark Peterson, chairman of the board of directors. “Eric’s stellar track record paired with his passion for providing high quality care to patients makes him uniquely qualified to lead the continued expansion of the platform.”

“I am excited to lead this organization of talented professionals dedicated to providing exceptional pharmacy services to a complex patient population,” Elliott said. “The combination of Terrapin, Ganse and Bank’s creates a differentiated player in the behavioral health pharmacy space and a strong platform on which to build. It will be rewarding to further the growth and, most importantly, reach more patients with services that can make a huge difference in their lives.