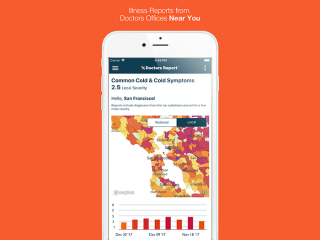 With the flu continuing to remain strong nationally, the Doctors Report Illness Tracker and DoctorsReport.com, the new mobile app and website that provide instant access to data including doctors’ reports from almost 1 million doctors’ offices across the nation, has expanded and released its current list of the nation’s top Influenza hot spots (by metro area) in the nation.

According to the Doctors Report Illness Tracker, the severity level of the flu nationally is 9.5 on a scale of 1 to 10 (10 being most severe) for the third consecutive week.

The Doctors Report Illness Tracker draws from a national database of doctor-diagnosed and reported cases over a period of the past seven days. Specific metros are listed according to the Doctors Report illness severity scale, with 10 being most severe and 0 being least severe:

From supply chain to POS: lessons learned at NRF 2023

Automation of the retail industry across all sectors, from supply chains to fast food restaurants to e-commerce AI took over the news this week.

With the future of U.S. cannabidiol sales growing, Sunnyside expands into more locations.