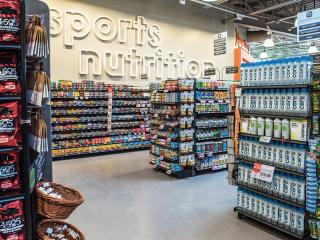 Hy-Vee, which has been a pioneer in the use of in-store dietitians in supermarkets, recently began rolling out a new dietitian-led store tour program. The effort is focusing on three disease states in particular — diabetes, hypertension and high cholesterol.

“We decided that we want to make a difference in these three disease states,” said Aaron Wiese, vice president of Hy-Vee’s HealthMarkets and health and wellness strategy. “The reality is, that’s where most of the cost of health care comes from, so we look at what can we do with food to help our customers manage and prevent those diseases.”

Hy-Vee is offering one store tour per week in each participating store for each of the disease states, for a total of three tours per week in each store. Dietitians lead interested customers on a predesigned tour in which they are shown how to select products that can help with their specific condition.

The company conducted an extensive marketing campaign to launch the program, including email messaging, social media, point-of-sale materials, in-store announcements and a direct mail campaign to people in Hy-Vee’s trade areas. In addition, awareness of the store tours has spread through word-of-mouth and through the dietitians’ own long-standing relationships with the customers in the communities they serve.

Wiese said the expanded tours have been a success have attracted new customers.

“Consistently, we are seeing more and more customers taking us up on this offer,” Wiese said. “It’s a free chance to walk a grocery store with a registered dietitian and have your questions answered.”

Consumers often struggle putting the dietary advice of their doctors into practice, he said, and in-store dietitians can help them form a bridge between a physician’s recommendation to eat less sugar, for example, and the actual selection of products in the store. In addition, shoppers often are the caregivers for others in their households who have disease states and might not have been present for the patient’s conversation with the doctor.

“Sometimes it’s important to get that basic education about how to read a product label,” Wiese said about the guidance the tours offer. “Sometimes it is showing them where that product is or where to shop in the store.”

Hy-Vee has long offered diabetes prevention programs in its stores, and even has certified diabetes educators in several of its metro markets, but the new program represents an expansion of the offering.

“This is an area where we will continue to innovate and bring more value to our customers through our dietitians,” Wiese said. “The reality that people are starting to understand is that food has a marked impact on overall health. What you put into your body makes a world of difference with regard to how you feel.”