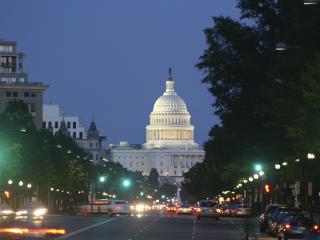 Two members of Congress this week introduced legislation aimed at reducing cough medicine abuse among teens. Reps. Doris Matsui, D-Calif., and Bill Johnson, R-Ohio, are co-sponsoring the DXM Abuse Prevention Act of 2019. It would set a national requirement that a consumer be 18 years old to buy OTC medicines with cough suppressant dextromethorphan.

“This bill is a commonsense step to ensuring that children are unable to easily access DXM – helping to keep them safe while ensuring that cough medicine is still available over the counter,” Matsui said. “Congress should not wait any longer to take up this bipartisan bill that will prevent more children from abusing this drug.”

The bill comes as teen misuse of DXM is on the decline — the 2018 National Institute on Drug Abuse’s “Monitoring the Future” study found that roughly 1-in-30 teens reported abusing it to get high. In 2006, the self-reported number was twice that. Scott Melville, president and CEO of the Consumer Healthcare Products Association, said state-level age restriction laws in 17 states have played a role in reducing the number of teens abusing DXM.

“There is strong evidence to suggest that age-restriction policies in combination with public education have contributed to the decline in abuse rates,” Melville said. “Over the years, retailers, industry, and anti-substance abuse advocates have worked together to curb teen cough medicine abuse, while maintaining access to millions of responsible consumers,” continued Melville. “This federal legislation is an important component of the prevention puzzle. We are hopeful that the bill moves forward in this Congress.”