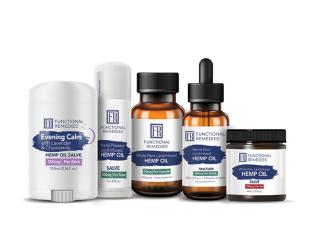 By some estimates, more than 1,000 companies across the country now are producing and marketing CBD and hemp products to retailers and consumers. A month from now, or maybe in just a week or two, that number could be 10% or 20% higher. By this time next year, it could double or even triple.

Welcome to the world of what is arguably the hottest category to hit the retail scene since the prerecorded video boom of the mid-1990s. With the CBD/hemp category’s potential, not to mention its unique nature, it seems that more and more companies and even individuals are looking for a piece of the pie in this fledgling market, all hopeful that their brand will hit the proverbial jackpot and become a product of choice with consumers.

So how does a company stand above the competition in this category, especially as the vast majority of retailers said they feel that vertical integration and supply chain transparency are of the utmost importance? More importantly, how do retailers pick their partners to ensure success and safety?

Officials at Functional Remedies want to make it clear to the retail world that they are one of the most professional operations in a category that is filled with amateurs. The 5-year-old company prides itself on its vertical integration process that offers quality control, starting from seed development, planting and harvesting to final production in its 25,000 sq. ft. laboratory to the finished product being placed on retail shelves.

“We meet with a lot of retailers and we tell them that we are not interested in going to market right now, we are interested in going to market right,” said the Superior, Colo.-based company’s CEO Anthony Mazzotti. “We make it clear to them that our strategy is to do this safely and conservatively in a way that protects our retail partners and, ultimately, the consumer.”

Despite all the hoopla surrounding the category — especially given the legal and government regulatory issues involved with these segments — retailers still are taking a very cautious approach, even as legislation and publicity quickly change the playing field.

Most importantly, the passage of the 2018 Farm Bill legalized hemp, a form of cannabis with lower THC levels than marijuana. It also passed the baton on the regulation of the category from the Drug Enforcement Agency to the Food and Drug Administration, which is drawing up its own set of guidelines for the manufacturing and sale of the products.

The legislation has opened the floodgates, with some analysts predicting that with strong signs of intense consumer demand, this could be a $20 billion industry within four years. That is potentially great news for retailers involved with the category, but also a cautionary tale on how to proceed and what suppliers need to work with to ensure success.

Mazzotti said that retailers should look for suppliers that offer complete vertical integration over its manufacturing process. Functional Remedies easily fits that bill, especially since the company was started in Colorado, a state with tough regulations for hemp and CBD.

“Right now, Colorado is the only state that regulates the category from seed to shelf,” said Mazzotti, who joined the company as CEO in early 2018 after serving as a consultant to it for a few years. “Much of that legislation is a result of the efforts of our chief science officer, Tim Gordon, who has worked with several states and federal agencies to help craft hemp industry guidelines. What we are selling requires testing throughout the process. As we ship our products across the country, we have the proper documentation from the time we put the seed into the ground to when it is packaged and shipped.”

Yet, Mazzotti and his team also noted that as part of its global mission to bring lives into balance with the most efficacious products on earth, it is stressing the importance of educating retailers and consumers. That is even more important given all the legal and ethical issues in the marketplace around these products, as well as what they do and how they are developed. “There is a lot of confusion among retailers,” he said. “They do not know what they can and cannot say. Functional Remedies is on a quest to educate consumers and retailers.”

Mazzotti also said, “They need a plan and they have to stick with that plan. But, first, they need to understand the legal and regulatory issues involved with this category, and then they must understand the category from an efficacious standpoint of what products are actually working.”

Mazzotti was quick to add that the category is full of companies that rapidly are jumping into the space to take advantage of what many said is a green rush of CBD and hemp items invading the marketplace. “We have been in business for five years, but Tim has been involved with the science of cannabis plants for more than 20 years, crossbreeding and improving hemp strains to produce the most nutrient-rich plants from genetically-superior seeds,” he said. “Many of these new companies are just marketing companies. They don’t understand the ecosystem.”

Mazzotti continued and said, “In fact, retailers do not know what they don’t know. My recommendation to retailers is that they do their due diligence and determine what they should be asking a potential supplier as they build up this category. To help, we have created a two-page vetting sheet of questions retailers should be asking.”

Gordon concurred: “That hits the nail right on the head. Retailers need to recognize the importance of due diligence and getting to know the supply chain, as well as the value of third-party testing. It’s also vital to our business, that’s why we make the certificates of analysis available on our website for every batch we produce.”

Functional Remedies has exploded on the scene since its founding in 2014. The privately-held company currently offers seven SKUs in capsule, tincture and salve formats, and with suggested retail prices ranging from $50 to $80 each. “Our company was founded shortly after the passage of the 2014 Farm Bill,” Gordon said.

Its first big break came when Colorado-based Lucky Markets, a Kroger subsidiary, agreed to carry the line shortly afterwards. “It took a lot of work and effort by our sales and marketing teams and a leap of faith by the Lucky folks to bring CBD and hemp-based products into their stores. They went with three companies and we were one of them, and we are still there in Colorado, as well as other states where Lucky operates.”

Today, Functional Remedies is carried in more than 400 stores coast-to-coast, and Mazzotti said sales grew by an impressive 267% in 2018 and are on track to grow by nearly 800% this year. “We actually think they will grow even faster once the regulations from the FDA come into play and individual states follow suit,” he said. “When that happens, the growth will really be off the charts.”

Retailers, Mazzotti said, are ready to jump in, though with some natural hesitation by their legal teams. “The consumer demand is there and retailer buyers are saying that they should get involved so they do not miss the boat,” he said. “But the attorneys are telling them to be cautious and to make sure that the regulations are in place to protect them and mitigate any risk.”

He thinks that retailers in states that are most friendly to CBD and hemp, including Kentucky, Colorado and North Carolina, will rush to get the products on store shelves as soon as possible, while retailers in the less friendly states, specifically California, will be more cautious. “It will go on a state-by-state basis,” said Gordon, who graduated from Colorado State University with a degree in horticultural science. “Once the FDA regulations are in place, the states will have the opportunity to enact their own laws that might be stricter, but not looser, than the federal guidelines. California, right now, is a sleeper, but it is the ultimate game-changer.
Advertisement
Advertisement
Advertisement