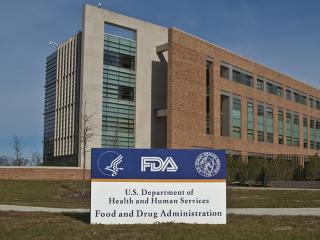 The Food and Drug Administration Friday heard from hemp and CBD advocates in its first hearing looking for more information about marketing, manufacturing and selling cannabis and cannabis-derived compounds. The public hearing is meant to inform regulatory efforts around hemp and CBD products that are driving a burgeoning industry, but also that has seen minimal guidance from regulators.

The difficulty that retailers have faced as consumers grow increasingly interested in the category was outlined by the Food Marketing Institute’s president and CEO Leslie Saracin Friday.

“A challenge for us is that the Agricultural Improvement Act of 2018, or Farm Bill, contains several provisions that allow for the cultivation, production, and commercialization of industrial hemp and hemp-derivatives like CBD. However, the new law did not alter FDA’s authority over the use of such ingredients in FDA-regulated products; not to mention the role of other regulatory agencies and the states,” she said. “Food retailers recognize the confusion among the public, suppliers and retailers, and state regulators as a result of the Farm Bill language.”

She noted that she hoped the FDA hearing would bring assurances about the safety of hemp and CBD product, as well as the legality of how and where they should be merchandised.

Also among the trade organizations present was the National Cannabis Industry Association, which also submitted comments to the FDA ahead of the hearing including information the FDA requested from its 2,000-member coalition of entrepreneurs, scientists, lawyers and other experts about hemp and CBD. The comments included information about health and safety risks, manufacturing and product quality, as well as marketing, labeling and sales.

“Given the substantial interest in this topic and the need for regulations and standardization throughout the industry, the NCIA hopes that the FDA will act with due deliberation and speed in effectuating a regulatory regime that works for the industry and regulators alike,” the organization said in the comments.

Manufacturers also were present at the hearings and tried to make their voices heard outside the hearing as well. Functional Remedies, a Superior, Colo.-based vertically integrated hemp company attended the hearing and placed a full-page ad in the Washington Post that highlighted the company’s approach to hemp. It noted that CBD is one of more than 100 cannabinoids found in full-spectrum hemp oil, which Functional Remedies uses in its products.