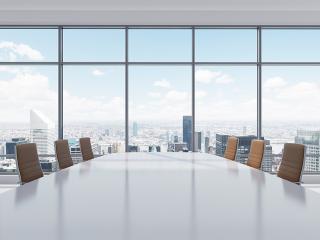 McKesson has announced the retirement of its chairman and CEO John Hammergen, effective March 31, 2019. The company’s board has unanimously elected Brian Tyler, who currently is president and COO of the San Francisco-based company, to succeed him as CEO, effective April 1, 2019. Edward Mueller, McKesson’s lead independent director, will become chairman, also effective April 1, 2019.

“It has been an honor to serve as McKesson’s CEO for nearly 20 years,” Hammergren said. “We are making solid progress with our strategic growth initiative and the company is in a strong financial position. This is the right time to turn the leadership reins over to the next generation and no one is better equipped than Brian to lead McKesson into the future. He is a gifted leader with deep industry knowledge and an unwavering commitment to enhancing value for our customers and their patients.”

Since Hammergen became CEO in April 2001, McKesson said that it has quadrupled its revenues to $208 billion, expanded into global markets and reached the No. 6 spot on the Fortune 500. He also has established the company’s ICARE shared principles, which the company said underpin its value and culture globally.

Hammergen’s planned successor, Tyler, has been with McKesson for 21 years, leading nearly every major business unit, as well as its corporate strategy and business development unit. He has served as CEO of McKesson Europe, led the company’s North American pharmaceutical distribution services, overseen McKesson U.S. Pharmaceutical, McKesson Medical-Surgical and McKesson Specialty Care Solutions. He joined the company in 1997 as vice president of strategy for the McKesson’s distribution solutions unit.

“Brian is the ideal leader to guide McKesson through the next era,” said Mueller. “Having spent his entire career in healthcare, he has a strong point of view on the future of the industry, both in the U.S. and globally, as well as how McKesson will continue to play an integral role in improving care while driving value for McKesson’s shareholders.”

Mueller, who will become chairman, has been a McKesson director since 2008, serving as lead independent director since July 2013. His career experience has included a stint as chairman and CEO of Qwest Communications, CEO of Williams Sonoma and CEO of Ameritech.

“Ed Mueller will be a terrific chairman of our Board of Directors,” said Hammergren. “During his 10 years of service on our Board, Ed has developed a deep knowledge of McKesson and our industry. He has the respect of our board, McKesson’s leaders and our investors.”