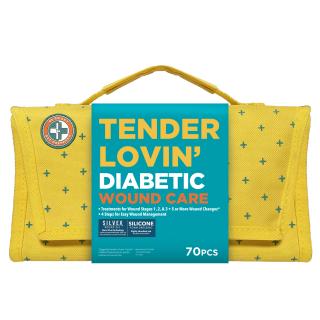 Total Resources International, or TRI, has launched a wound care kit as part of its flagship Be Smart Get Prepared brand to treat wounds associated with diabetes, specifically foot and leg ulcers.

The goal for the wound kit is “infection prevention,” according to the company. For most diabetic patients, wounds often take longer to heal or do not heal properly. It is common for poorly treated wounds to develop infections, which can lead to life-threatening complications.

The Tender Lovin’ Diabetic Wound Care Kit will be available at major retailers in 2023. 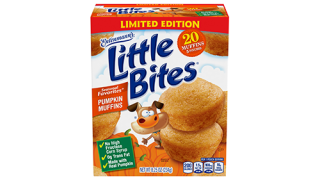 Little Bites is taking on a favorite fall flavor with a seasonal limited-edition relaunch.

The Horsham, Pa.-based company announced the return of its pumpkin muffins, which come in a pre-portioned pouch and are made with real pumpkin.

“We love this time of year because it means our fan-favorite Little Bites pumpkin muffins make a comeback for families to enjoy,” said Moira Flood, senior brand manager at Little Bites Snacks. “For more than 20 years, we’ve been providing delicious flavor options that will help families create little moments that feel really big during snack time. We can’t wait to hear how our pumpkin muffins are adding excitement to our fan’s adventures this fall!”

Featuring 200 calories per pouch, Little Bites’ pumpkin muffins are made without the use of high fructose corn syrup, contain 0 g of trans fat and will be available at most retailers nationwide through October, the brand said. 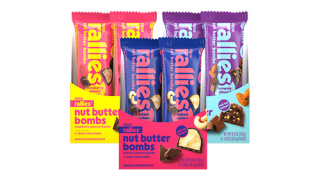 Nestlé Rallies is adding a new flavor to its lineup of Nut Butter Bombs.

The latest addition is raspberry peanut butter, which features a dark chocolate coating that helps balance out the flavors of peanut butter and real raspberry pieces, the company said.

In addition, the brand also announced that all its Nut Butter Bombs are now available nationwide.

The trio of Nestlé Rallies Nut Butter Bombs, which include brownie almond butter, salted cashew butter and raspberry peanut butter, can now be found in the refrigerated section of select Harris Teeter, Giant Eagle and QuickChek stores, with additional in-store distribution coming in the next few months, the company said. 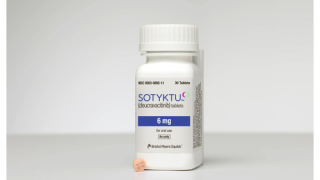 Bristol Myers Squibb has received the green light from the Food and Drug Administration for Sotyktu (deucravacitinib), a first-in-class, oral, selective, allosteric tyrosine kinase 2 inhibitor, for the treatment of adults with moderate-to-severe plaque psoriasis who are candidates for systemic therapy or phototherapy.

“Sotyktu has the potential to become the new standard of care oral treatment for people with moderate-to-severe plaque psoriasis, given its profile in helping patients achieve clearer skin as demonstrated in the POETYK PSO clinical program,” said April Armstrong, clinical investigator in the POETYK PSO-1 trial and associate dean and professor of dermatology at the University of Southern California. “People living with moderate-to-severe plaque psoriasis face significant burdens, and Sotyktu is a welcome first-line systemic treatment option.”

Psoriasis is a widely prevalent, chronic, systemic immune-mediated disease that affects approximately 7.5 million people in the United States. Up to 90% of patients with psoriasis have plaque psoriasis, which is characterized by distinct, round or oval plaques typically covered by silvery white scales. Nearly one-quarter of people with psoriasis, or around 2 million in the United States, have cases that are considered moderate to severe.

“The approval of Sotyktu represents an exciting day for patients suffering from moderate-to-severe plaque psoriasis who are not satisfied with topical and conventional treatments. This is another extraordinary achievement for Bristol Myers Squibb, as we bring forward a new mechanism of action, the first oral treatment approved in nearly 10 years, and the first orally dosed once-daily treatment for moderate-to-severe plaque psoriasis,” said Samit Hirawat, chief medical officer at Bristol Myers Squibb. “We believe Sotyktu is a breakthrough in the treatment of patients with this condition, and we’re excited about its potential in other immune-mediated diseases.”

“Despite the availability of therapies, many people living with plaque psoriasis in the United States are untreated or undertreated,” said Leah Howard, president and CEO of the National Psoriasis Foundation. “The FDA approval of a new oral treatment is exciting news for the psoriasis community. We welcome this new treatment option.”

NCPA members meet with policymakers via Month of Action initiative 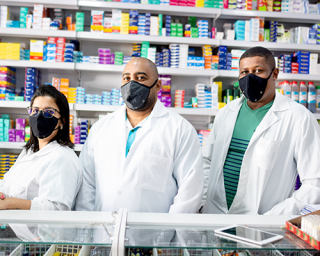 With midterm elections on the horizon, members of the National Community Pharmacists Association have completed dozens of pharmacy visits with policymakers or their staff as part of NCPA’s Month of Action initiative.

The Month of Action was in lieu of NCPA’s Congressional Pharmacy Fly-In to Washington, D.C., which typically takes place in April. By inviting policymakers to pharmacies instead, this initiative provided firsthand insight into the important role independent pharmacies play in their communities, the many ways that pharmacy teams help patients and the challenges facing the industry.

From Aug. 1 to Sept. 7, NCPA members across the country had plans for 60 visits in conjunction with NCPA’s Month of Action. Twenty-two of these were with legislators who serve in leadership roles in or on key committees for community pharmacy, including Sen. Ron Wyden (D-Ore.), chairman of the Senate Finance Committee, and Rep. Cathy McMorris Rodgers (R-Wash.), ranking member of the House Energy and Commerce Committee. Centers for Medicare and Medicaid Services Administrator Chiquita Brooks-LaSure visited a community pharmacy as well. Nearly 40% of pharmacies participating in the Month of Action hosted a legislator for the first time, an important step in building rapport with those making decisions central to the future of pharmacy.

“Forging a relationship with my senator and representative over the years has made them much more attuned to independent pharmacy issues,” said NCPA president Michele Belcher, owner of Grants Pass Pharmacy in Grants Pass, Ore.

Belcher has hosted several policymakers at her pharmacy and, in August, joined Wyden, Brooks-LaSure and others in visiting River Road Health Mart Pharmacy in Eugene.

“These opportunities show how decisions made in Washington affect independent pharmacies and patients across the country are times well spent,” she said. “I’m glad to have participated in NCPA’s Month of Action and am proud that so many independent pharmacists were prioritized by policymakers’ offices for meeting with this summer.” 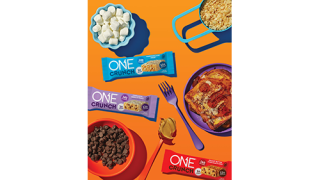 One Brand is adding a bit of a crunch to its popular protein bars with a new product line — One Crunch.

“After a day of working hard, new One Crunch protein bars are the perfect way to power through afternoon hunger and fatigue,” said Eric Clawson, One Brands’ general manager. “One Brands is known for our flavor innovation, and you can expect more exciting and delicious flavors like marshmallow or French toast, delivered without all the sugar and combined with powerful protein in this new line of bars.”

One Crunch bars are available for purchase online and in select stores at Walmart. The products will be launched at a later date on Amazon and Target.