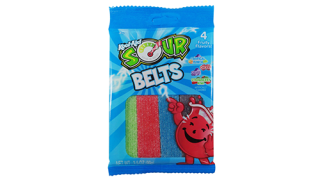 Hilco is continuing its partnership for the fourth consecutive year with Kraft Heinz, with the launch of a new line of Kool-Aid brand candy.

The latest from the Louisville, Ky.-based company are Kool-Aid Sour Belts, which come in four flavors — tropical punch, cherry, grape and strawberry kiwi.

Featuring a dusted flat licorice-like texture, the candy is suitable for all ages and comes in a 3.5-oz. bag that retails for $1.99. 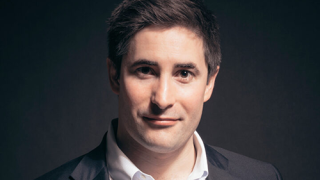 The National Association of Chain Drug Stores announced that Jonathan Swan, national political reporter at Axios, will speak at the NACDS Political Involvement Reception during the NACDS Total Store Expo 2022, taking place from Aug. 27 to 29 in Boston.

Swan is regarded as one of the best-sourced reporters covering both political parties in Washington, D.C., and one of the most groundbreaking interviewers on American television, NACDS said.

Swan serves as the lead reporter on the “Axios on HBO” show, during which he has interviewed global leaders — including Ukraine President Volodymyr Zelensky, NATO Secretary General Jens Stoltenberg, director general of the World Trade Organization Ngozi Okonjo-Iweala, Iraq President Barham Salih and Prime Minister of Pakistan Imran Khan — as well as influential democratic and republican leaders in the United States, such as Sen. Bernie Sanders (I-Vt.) and Sen. Mitch McConnell (R-Ky).

Swan’s 2020 “Axios on HBO” interview with President Trump — which was seen and shared by more than 100 million people — earned him an Emmy Award and the 2022 Aldo Beckman Award for Overall Excellence in White House Coverage.

“Jonathan Swan has distinguished himself as one of the most preeminent, political storytellers of our time, and we look forward to the unique insights he will offer on the current political environment, as we rapidly approach Election Day,” said NACDS president and CEO Steve Anderson. “Jonathan will bring tremendous value to the signature NACDS-PAC event during the NACDS Total Store Expo.”

The bipartisan NACDS-PAC supports congressional candidates who understand and help to advance pro-pharmacy and pro-patient policies. The event is open to NACDS-PAC contributors and invited guests. 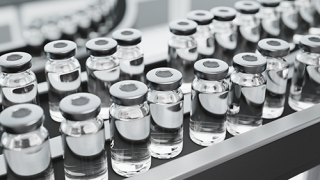 The Food and Drug Administration has issued an emergency use authorization for AstraZeneca’s Evusheld (tixagevimab co-packaged with cilgavimab) for the pre-exposure prophylaxis of COVID-19 in adults and pediatric individuals age 12 years old and older weighing at least 40 kg.

Evusheld may be prescribed for individuals who are not currently infected with SARS-CoV-2, who have not had a known recent exposure to an individual infected with SARS-CoV-2 and who are moderate to severe immune compromised due to a medical condition or receipt of immunosuppressive medications or treatments and may not mount an adequate immune response to COVID-19 vaccination or for whom vaccination with any available COVID-19 vaccine, according to the approved or authorized schedule, which is not recommended due to a history of severe adverse reaction to a COVID-19 vaccine(s) and/or COVID-19 vaccine component(s).

This can include transplant recipients, as well as oncology and other immunocompromised patients. Amber Specialty Pharmacy’s high-touch service model is designed to support prescribers, like transplant programs, oncologists and others, who may have patients who might be prescribed Evusheld. The pharmacy provides comprehensive services beginning at the moment of referral, through delivery and beyond, to ensure the best possible patient outcomes, the company said.

“Throughout the pandemic, Amber Specialty Pharmacy has consistently risen to the occasion to take care of our patients. Through the administration of monoclonal antibodies, we kept our focus on delivering solutions when our patients needed them the most,” said Kristin Williams, president of Amber Specialty Pharmacy. “Our expanded Evusheld services represent our continued commitment to caring for our patients, especially those who have been without therapeutic options that provided adequate immune response.”

Amber Specialty Pharmacy will offer Evusheld at its 19 locations throughout the United States. They also coordinate delivery and nursing for at-home administration, if needed, the company said. 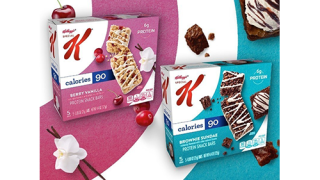 Kellogg’s Special K is looking to take the worry out of snacking with its new protein snack bars line.

Featuring 6 g of protein and 90 calories per bar, the protein snack bars are designed to help consumers find easy ways to refuel and reenergize while on the go, the Battle Creek, Mich.-based company said.

“Sometimes you just need a second to pause and do something for yourself that’s going to energize you. At Special K, we love to offer that special combination of indulgent-tasting flavors plus functional ingredients like protein in a portable snack that’s perfect for stashing in your bag, car or desk drawer,” said Heidi Ray, senior director of brand marketing at Kellogg’s portable wholesome snacks. “Our new Special K Protein Snack Bars are a delicious mini option you can feel good about enjoying, so you’re able to take a moment and get a little boost of energy to help fuel you for whatever your day has in store.” 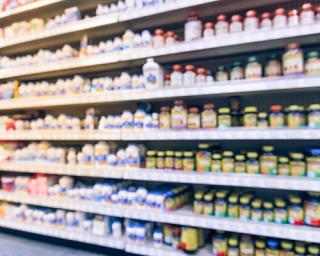 CHPA noted that USPSTF continues to find that there isn't enough evidence to support if supplements help prevent cardiovascular disease and cancer, yet CHPA also said the benefits of dietary supplements is growing.

CHPA's senior vice president of dietary supplements, Duffy MacKay, issued a statement, which reads: “The USPSTF found again what it found in 2014 and in 2021, that there is not yet enough evidence to determine if vitamin and mineral supplements help prevent cardiovascular disease and cancer. However, dietary supplements should not be confused with drugs, and beyond the narrow focus of this review, the broader evidence base for the benefits of dietary supplements is growing rapidly.”

“The NIH Office of Dietary Supplements reminds consumers and healthcare providers that supplementation can be helpful for people, including those over 50, those who could become pregnant, breastfed babies and toddlers, those who avoid certain foods or who have poor diets, and many others,” according to MacKay.

The Senate Committee on Commerce, Science and Transportation voted to advance the Pharmacy Benefit Manager Transparency Act (S. 4293), which was introduced by Sens. Maria Cantwell (D-Wash.) and Chuck Grassley (R-Iowa), and endorsed by the National Community Pharmacists Association.

The committee advanced the bill in a bipartisan vote of 19-9.

After the vote, NCPA CEO Douglas Hoey issued the following statement: “Health insurer-owned PBMs have one-sided relationships with consumers and pharmacies, and these relationships lead to higher prescription drug prices and restricted access to care. PBM tactics are causing small business pharmacies to struggle to remain viable and open to provide needed healthcare services. They must be reined in.”

“NCPA strongly supports the PBM Transparency Act and applauds its progress through the Senate Commerce Committee. We encourage Senate leadership to bring it swiftly up for a vote and will continue working to assist Senators Cantwell and Grassley in moving it forward,” the organization said in the statement.

The PBM Transparency Act empowers the Federal Trade Commission to increase drug pricing transparency and hold PBMs accountable for unfair and deceptive practices that drive up the costs of prescription drugs at the expense of consumers. It would ban deceptive unfair pricing schemes like spread pricing and prohibit arbitrary clawbacks of payments made to pharmacies.

During the Commerce Committee’s session, the legislation was amended to allow other state officials to bring action to enforce the law if the state attorney general lacks jurisdiction to do so, and to add text relating to a Government Accountability Office study of PBM practices.