It’s quite an honor to receive an award that recognizes the contributions you’ve made to your chosen field. It’s an even bigger honor to have an award named after you, one that will continue to recognize the excellence of those who come after you.

Pharmacist and educator Metta Lou Henderson received such an honor in August 2021 when she was awarded the first Dr. Metta Lou Henderson Award for Excellence in Academia. Henderson was presented with the award at the Kappa Epsilon’s virtual convention when the professional pharmaceutical fraternity celebrated its centennial anniversary. She was honored as the initial recipient of the award that will be given to others in the future. 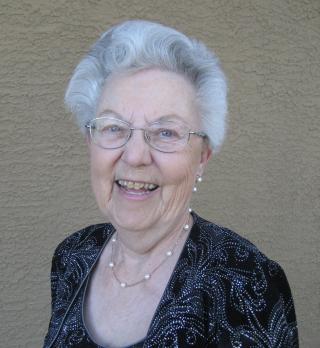 The award, created by Kappa Epsilon Grand Council, recognizes members who have made a significant contribution to pharmacy education. Award criteria focus on four areas: teaching, scholarship, leadership and service, and advancement of the profession.

Henderson received her degrees from the University of Arizona, where she currently serves as research professor in the Department of Pharmacy Practice and Science. She is also professor emerita at Ohio Northern University, where she served the College of Pharmacy in various academic and administrative capacities including being professor, department chair, associate dean for pharmacy student affairs and assistant to the vice president for academic affairs.

The Michigan native began teaching at Ohio Northern in 1978 and retired in 1998. Prior to being a member of the Ohio Northern faculty, she was a faculty member at Ferris State University College of Pharmacy, instructor at Kellogg Community College (Michigan) and a graduate assistant at University of Arizona.

Throughout her tenure, Henderson has mentored many pharmacy students. Upon receiving the award, Henderson told Steven Martin, PharmD, Ohio Northern College of Pharmacy dean, that as a teacher, she most enjoyed “interacting with students and watching their accomplishments.” She also took pride in seeing students “move pharmacy forward.” Over the years, she said pharmacy practice has changed, with patients benefiting from additional services, such as medication management, extensive patient counseling and immunizations. Pharmacy students have embraced these changes, she said.

Henderson authored the book “American Women Pharmacists: Contributions to the Profession” and is considered an expert on the history of women in pharmacy.

She has received many honors and awards, including the 2021 AIHP Robert P. Fischelis Award for her extraordinary contributions to the institute and the field of pharmacy history.