According to the U.S. Census, the population of the nation was estimated to be around 330 million in 2020, and women accounted for approximately 51.1%. This number mean a couple of things for your business: Women represent more than half of your potential customers so ignore them at your peril. it also means that brands have a large pool of potential job applicants to mine for the foreseeable future.

The Pew Research Center says that 43% of millennial women aged 25 to 37 years old have at least a bachelor’s degree, compared with 36% of men aged 25 to 37 years old.  This may explain what’s been happening in retail pharmacy of late. Not only are the three biggest retail pharmacy brands helmed by women, but other companies like Target, Bluemercury and Alikay Naturals have female leaders as well. It’s clear that women are becoming a force on the business side of our industry, and that trend is likely to continue.

Female demographic numbers come into sharp focus for us this month. Earlier in October, we held our third annual Top Women in Health, Wellness & Beauty event to recognize women who are making a difference in the mass retail industry. And recently, we kicked off a new research initiative with a consumer panel made up of young women.

[Read More: Editor's Note: What does the future hold for pharmacy?]

Because women will be a key customer demographic for retail pharmacy, we felt that it was important to know what’s on their minds, so we assembled a panel of female consumers ranging in age from 24 to 30 years old. I spent some time having a candid conversation with the young women, asking them about their experiences with retail pharmacy, their likes and dislikes, and what they would like the pharmacy of the future to look like. What they told us was very illuminating.

All the women use retail pharmacies at least a couple of times per month for general items on the front end and to fill prescriptions. The women generally had positive experiences with retail pharmacies, but they agreed that stores could use some updates, such as cooler brands, collaborations with influencers, better packaging, hipper store designs and curated “recommendations.” Some of the women were not even aware that retail pharmacies offered an e-commerce component.

I also learned two illuminating things from my conversation with the young women: Amazon plays a huge role in their lives and design is important.

Like many consumers, the women admire Amazon’s robust website, efficiency and its recommendations based on site visits. And Target, with its attention to product and store design, and the store’s offering of cool brands in modern packaging, is a hit with this demographic.

It’s clear that retail pharmacy is viewed favorably among young women, but there is some work to do to attract more store visits from them. The good news, though, is that with so many women making strides in the industry, this might be easier to accomplish. All you have to do is ask them and listen.

More Blog Posts In This Series 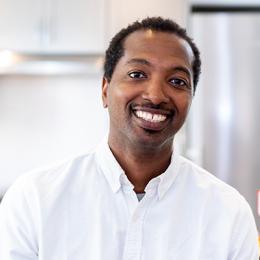