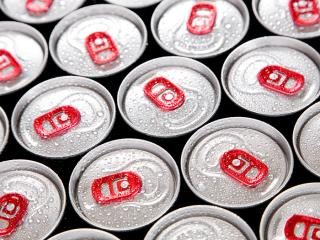 In the mid-1990s, Red Bull’s Mini Coopers began dispensing free samples of the company’s highly caffeinated beverages on city streets and in retail parking lots. Festooned with giant replicas of the brand’s iconic cans, the cars symbolized a new generation of beverages aimed at the young, all-night party crowd.

By 2000, Red Bull’s sales had surpassed $1 billion, having doubled each year since the brand’s 1997 U.S. launch. A Red Bull helicopter has since joined its Mini Coopers, carrying Red Bull’s message across city skies. And Red Bull no longer is alone, with myriad competitors touting products in a category that rapidly has grown. In 2018, U.S. energy drink category sales approached $16 billion and sports drinks sales hit $10 billion, according to Beverage Marketing Group.

Yet in 2017, the picture was not as bright. Inundated with me-too products and a limited customer base, energy drinks only experienced a 2.1% increase in dollar sales and a 1.8% bump in unit sales for the year ended December 2017, according to IRI. In sports drinks, category leader Gatorade saw volume increase just 0.8%, officials at Beverage Marketing said.

“At a certain point, the market reached saturation,” Brad Koszuta, senior consulting associate at McMillan Doolittle, said. “The question was, ‘How do you broaden appeal?’”

“The customer has evolved since the 1990s as have energy drinks, with the category broadening into healthier options,” Matt Kahn, executive vice president of marketing at Celsius Holdings, said.

As newer brands and products gained prominence, traditional formulations began facing stiffer competition. “There’s massive disruption going on,” Danny Stepper, CEO and co-founder of beverage incubator LA Libations, said. “It’s a huge legacy category. Sports drinks, which were dominated by Gatorade, are being disrupted by products like BodyArmor, which is positioned as a better-for-you sports drink. In energy drinks, Monster Energy Drink and Red Bull are being disrupted by a new subcategory, performance energy, which started in vitamin shops.”

Customer Evolution
New formulations are attracting older shoppers, casual athletes and manual laborers seeking a quick pick-me-up and/or fewer calories. Some appeal to women, increasing the categories’ penetration in drug and grocery, which draw more of these demographics than the convenience stores, and which have historically dominated sports and energy drinks.

At $4.7 billion, category leader Red Bull’s primary customers still are 20-somethings. Yet after more than two decades on the market, the brand still attracts new fans. However, they are more interested in having energy to work late and raise kids than to party all night. They also want less sugar and fewer calories.

Freck believes young adults want variety, too. “They expect beverages to provide a benefit. They also crave choice. Size, sugar [or lack of sugar] and flavor are key drivers of choice, satisfying multiple occasions and needs,” she said.

Energy drinks also appeal to those seeking ready-to-drink coffee alternatives, said Rob Wilson, partner and managing director at Boston-based LEK Consulting. Wilson also pointed to the emergence of organic and protein-rich formulations, many of which are made by small companies and feature cleaner labels with fewer ingredients. “Traditionally, energy drinks have had much formulation complexity, with 30-plus ingredients,” he said.

Brand Performance
In 2018, BodyArmor gained momentum when Coca-Cola purchased a 15% stake in the brand at an estimated value of $2 billion, Stepper said. Former Los Angeles Lakers star Kobe Bryant and Dr Pepper Snapple also own significant shares. The hydration sports beverage naturally is sweetened with pure cane sugar and has no artificial ingredients. It is said to have less sodium and more electrolytes, vitamins and potassium than other sports drinks.

In addition to Coca-Cola’s corporate muscle, BodyArmor has benefitted from being part of the beverage giant’s distribution system. “It’s now on Coke trucks and has been rocking and rolling,” Stepper said.

Despite BodyArmor’s success, PepsiCo’s Gatorade appears to be holding its own after more than a half century on store shelves. Gatorade replaces carbohydrates and electrolytes lost during exercise. In recent years, PepsiCo launched G2 and G Zero sub-brands, which are lower in carbs, sugar and calories. G2, in particular, has strong appeal among yoga participants and off-field athletes.

In fact, Gatorade, including G2, is the only sports or energy drink on Beverage Marketing’s cross-category list of top selling soft drinks. With a 3.1% volume share, after Coke and Pepsi, Gatorade is ranked No. 5, outperforming four brands of bottled water.

From the Vitamin Channel
Often, energy drinks are first introduced in convenience stores. However, several “disruptive” energy drinks were developed by sports nutrition companies, initially sold in powder form in fitness clubs and at such chains as GNC and The Vitamin Shoppe. Offering healthier, more beneficial ingredients, some of these newcomers entered mainstream retail via drug stores, which benefitted from their following among fitness and vitamin channel shoppers.

C4, Bang and Celsius Heat are among these brands. Offered under Nutrabold’s Cellucor label, C4 comes in multiple flavors and has no sugar, carbs or calories. It is said to deliver the energy, mental focus and improved performance the category is known for.

Distributed by Vital Pharmaceuticals and aimed at young male consumers, Bang is devoid of calories, carbs and sugars. Yet it has 300 mg of caffeine, making it one of the strongest energy drinks around. Bang also offers a caffeine-free formula. Plus, the drink contains potassium; vitamins C and B; creatyl-L-Leucine, a popular ingredient for “bulking up;” and CoQ10, which is said to play a part in metabolism and protects cells from damage. C4 comes in various flavors.