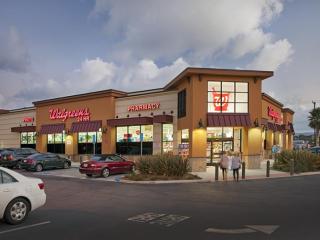 Deerfield, Ill.-based Walgreens will be introducing the first implementations of its new store format later this spring, or in early summer, executives said Monday night at the 36th Annual J.P. Morgan Healthcare Conference. The new format will mark the first major overhaul of the core Walgreens format since the finalization of its merger with Alliance Boots in December 2014.

The new store format will feature years of consumer learnings Walgreens Boots Alliance has been collecting, Alex Gourlay, co-COO Walgreens Boots Alliance, told Lisa Gill, a healthcare analyst with J.P. Morgan. “We've done a lot of tests and trials [measuring] customer behavior about how comfortable they are receiving services," he said. "The next stage is how do you build the partnerships, the operating model and how do you create the space in the drug store so you can actually put it all together.”

[quote-from-article]Gourlay added that new format will bring many of the services Walgreens has been perfecting under one roof — including such healthcare offerings as in-store lab services, optical services and patient care through partnerships with such companies as MedExpress. Gourlay expects to pilot the new format for as many as 18 months before rolling the model out across its footprint. "We need maybe six months, maybe 18 months, to really understand all of these components to get the right business components to scale. Some will scale individually, some will scale collectively. That's the work we're doing next," he said.

Once this new format comes together, Walgreens won't be stopping at just one store. "We have worked out many of the components, [including] the capital costs required to be able to scale that when we get to the right point," Gourlay said. "It also tells you we've been working on the retail side of the business to create the space to actually accommodate these services."

Once the pilot phase of this new retail concept is complete, Walgreens will have not problem scaling the offerings, Gourlay said. "The fantastic thing about our business is we do have just under 10,000 pharmacies today; we do service, across all of our assets, 10 million customers every single day; and we do have digital assets that are quire powerful — we have 50 million downloads of our digital app. Scalability is not the issue, it's getting the model right that's the issue."
Advertisement
Advertisement
Advertisement