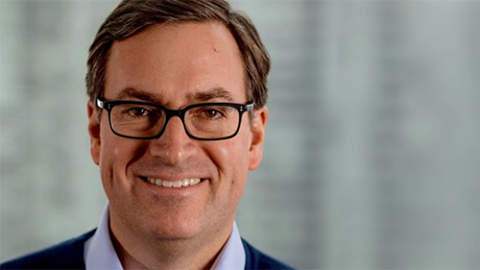 After 23 years with Amazon, Dave Clark has decided to leave the company where he served as CEO of worldwide consumer, to pursue other opportunities. His last day in the office will be July 1.

The announcement was made on Amazon's website by Andy Jassy, Amazon CEO, who noted that Clark joined Amazon's Operations Pathways Program in May 1999 — just a day after graduating from his MBA program — "and he took the leap from teaching music to helping us build and scale our consumer operations."

Dave has had an increasingly large impact across the company, starting as an operations manager in Kentucky, growing to a GM in the Northeast, stepping up to lead WW Operations, and then eventually leading all of WW Consumer. He’s led teams who’ve designed several generations of FCs, built out Amazon’s transportation network from scratch and has developed significant talent throughout the organization."

"Please join me in thanking Dave for his many accomplishments over the years at Amazon and especially for what he’s delivered for customers. The past few years have been among the most challenging and unpredictable we’ve faced in the history of Amazon’s consumer business, and I’m particularly appreciative of Dave’s leadership during that time," Jassy said.

"We still have more work in front of us to get to where we ultimately want to be in our consumer business," Jassy said. "To that end, we’re trying to be thoughtful in our plans for Dave’s succession and any changes we make. I expect to be ready with an update for you over the next few weeks."

He concluded his statements by noting, "While change is never easy, I’m optimistic about the plan that the consumer team has built and have confidence that if we stay focused on executing it, we’ll deliver the right experiences for customers and results for the business."

On Amazon's website, Clark shared his own statement. "Twenty-three years ago, I took what felt like a big personal bet when I joined Amazon out of grad school. We were a small company with only six fulfillment centers that year, but growing fast. I was drawn to the opportunity at Amazon because of the people I met when I came to Seattle," Clark said. "They were brilliant people — builders who were intent on changing the world through their work. They were also some of the most eclectic and fun people I had ever met from any company. Amazon was on the opposite side of the country from where I had spent my life up to that point, but I loaded up the truck and headed west."

"It has been my privilege to work with some of the best people anywhere in the world over the past 23 years," Clark said. "The quality of the people at Amazon has truly been our secret sauce. Success is rarely achieved alone and this was absolutely true for me at Amazon. The successes we enjoyed over the years were a direct result of Amazonians coming together from across the company to deliver the best experience possible to our customers. To everyone I had the honor of working with over the years, thank you. Thank you for making it so much fun to come to work every day to build cool, amazing things for customers."

Clark sent on to say, "I am a builder at heart — it’s what drives me. For me, there has been no greater company to hone those skills than here at Amazon. As much as I have loved the ride, it is time for me to say goodbye to start a new journey. For some time, I have discussed my intent to transition out of Amazon with my family and others close to me, but I wanted to ensure the teams were set up for success. I feel confident that time is now. We have a great leadership team across the consumer business that is ready to take on more as the company evolves past the customer experience challenges we took on during the COVID-19 pandemic. We also have a solid multi-year plan to fight the inflationary challenges we are facing in 2022. I leave knowing that the leaders in the consumer business are world class and will take the next phase of Amazon to remarkable levels of success."

"Thank you for letting me be a part of the Amazon story. I look forward to watching and cheering you on as a friend and alumni in the years ahead," Clark concluded.