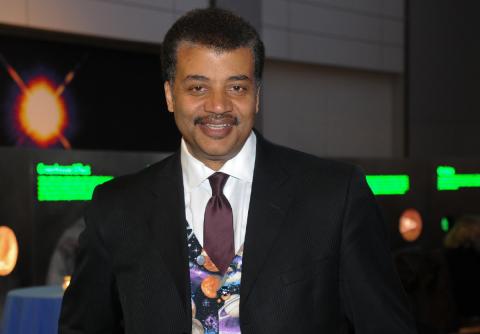 Renowned astrophysicist and author Neil deGrasse Tyson, director of the Hayden Planetarium at the American Museum of Natural History and host and cofounder of the Emmy-nominated podcast StarTalk, will regale attendees at the 24th Annual National Association of Chain Drug Stores Foundation Dinner with his knowledge of science and the cosmos, according to NACDS.

The NACDS Foundation Dinner presents an opportunity to support the foundation, celebrating its shared commitment and the collaboration that makes it possible. The foundation funds groundbreaking research, educational programs and philanthropic initiatives designed to enhance health outcomes, foster equity, and advance community and public health.

“The NACDS Foundation looks forward to hosting benefactors, partners and collaborators for a special evening celebrating our shared commitment to communities and to advancing community health, said NACDS Foundation president Sara Roszak. “We are so appreciative of our benefactors for their generous support of the foundation’s research priorities and programmatic efforts, and we are thrilled to have Neil deGrasse Tyson headlining our event this year.”

Tyson served on a 2001 commission studying the Future of the U.S. Aerospace Industry and on the 2004 Moon, Mars and Beyond Commission. In the same year, he was awarded the NASA Distinguished Public Service Medal, the highest award given by NASA to a non-government citizen.

From 1995 to 2005, he was a monthly essayist for Natural History magazine under the title Universe; and among Tyson’s 15 books is his memoir, “The Sky is Not the Limit: Adventures of an Urban Astrophysicist,” and “Origins: Fourteen Billion Years of Cosmic Evolution,” co-written with Donald Goldsmith. More recently, he published the No. 1 domestic and international best-selling book, “Astrophysics for People in a Hurry.”

Tyson’s contributions to the public appreciation of the cosmos have been recognized by the International Astronomical Union in their official naming of asteroid “13123 Tyson.”

In recognition of his career and contributions, 21 academic institutions have awarded Tyson honorary doctorates.