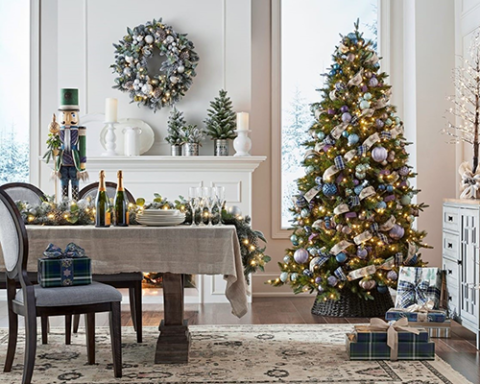 According to the wholesale club retailer, “Bring the Merry,” which launches Friday, Oct. 8, will offer twice the number of savings events as its 2020 holiday promotion. So far, Amazon and Target have also announced early holiday shopping programs, although Sam’s Club parent Walmart has not yet done so.

As part of “Bring the Merry,” Sam’s Club is collaborating with alcohol delivery platform Drinks to launch a direct-to-home wine delivery service. Sam’s Club members in 16 states will have access to the service, enabling them to order its private brand Member’s Mark wines on SamsClub.com and have them shipped to their doorsteps.

Additional states and wines will be added to the Drinks service in early 2022. Sam’s Club began delivering wine, beer and spirits in partnership with Instacart in select markets in 2019.

The retailer says its holiday promotion will include “unexpected moments” featuring celebrities, demos every week, and new holiday signage and décor on both the exterior and interior of every store. And in five locations, Sam’s Club will host a “Merry-ville” event in parking lots. This interactive customer experience will include an ice skating rink with special performances, and more.

Sam’s Club will also offer "treasure hunt" items all season long, bringing back many popular 2020 holiday items like the “12 Days of Wine” advent calendar. The retailer will also launch hundreds of new gift items in all areas of the store and its e-commerce site. Exclusive products will include the Kids’ Fitbit Ace 3 Minions bundle, a digital pinball table, and a 14-karat gold paperclip necklace. New exclusive products will be added to and removed from inventory in stores and online frequently throughout the season.

Sam’s Club will also be offering new items from national brands during the holiday season. In apparel, the retailer will add new brands like Gap, Vince Camuto, Hurley, Steve Madden, and DKNY in stores and online during the holidays. In the toy department, Sam’s Club is adding more than 25 new brands, including Chillafish, Rainbow High, and Segway.

"Our membership has reached record levels, and our members are telling us it’s ‘game on’ this Christmas, maybe like never before," said Tony Rogers, chief member officer, Sam’s Club. "Around here we say our members ‘expect something special,’ from us, and we will deliver with more events, an earlier start, more marketing support than ever, incredible items, and technology like scan & go that lets you skip the line and beat the crowds."

Sam’s Club, a division of Walmart, operates nearly 600 stores in the U.S. and Puerto Rico.