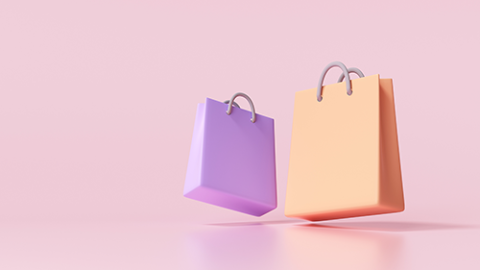 The economic situation in the United States is unsettling to say the least. Consumer confidence is down, consumer spending’s rate of growth has slowed and economists and consumers alike are worried about the possibility of a recession, all reflecting persistently high inflation and rising interest rates. Nonetheless, spending continues to grow, and many economists say a recession — if there is one — will likely be mild. That is the contention of National Retail Federation chief economist Jack Kleinhenz, in remarks he made in the October issue of NRF’s Monthly Economic Review.

Kleinhenz pointed out that the situation comes as the Federal Reserve, which had kept interest rates low over the past two years to counter the economic impact of the pandemic, is quickly reversing that policy as it attempts to tamp down inflation.

Noting that the Fed hiked rates another three-quarters of a percentage point in September, bringing its current rate to between 3% and 3.25%, and that the Fed has stated that rate hikes will continue until there is clear evidence that inflation is on its way down from August’s 8.3% to the central bank’s target of 2%, Kleinhenz said, “Bear in mind that the effect of monetary policy on the economy is delayed and variable, and we have yet to feel the full repercussions of the rate hikes that have already taken place this year.”

Kleinhenz went on to say that households are feeling the impact of the Fed’s actions on their monthly expenses as higher interest rates raise the cost of carrying credit card balances, borrowing to buy a house or financing the purchase of a car. “With a direct impact on such expenses, the size and frequency of recent rate hikes has made it challenging for consumers to make decisions about how much money to spend and what to spend it on,” he said.

Consumer confidence improved in September for the second consecutive month, supported by job and wage growth and declining gas prices, according to the Conference Board. “But it remains lower than it has been in years and is unlikely to be revived to pre-pandemic levels as long as high inflation persists,” Kleinhenz said.

“Amid lower confidence brought on by pernicious inflation and rising interest rates, consumers have become cautious — but they have not stopped spending,” he said. “The rate of growth is not as high as last year, but households continue to spend each month as more jobs, wage growth and savings backstop their finances and help them confront higher prices. Consumer spending held up better than expected in August as overall retail sales reported by the Census Bureau grew 0.3% from July and 9.1% year-over-year. Year-over-year increases in retail sales have been mostly in the upper single digits since spring, not as dramatic as the double-digit numbers seen most of last year into early 2022 but still healthy.”

While the Fed’s tightening hasn’t kept consumers from spending, it is having a more immediate impact on interest-sensitive business sectors. Kleinhenz cited residential investment, noting that construction spending on new houses and apartments collapsed in the second quarter, dropping 17.8% compared with the previous quarter. Business spending on structures, meanwhile, he said, slumped 12.7%. “The pullback is likely to slow hiring in construction and related industries in the coming months,” he said.

“Overall, the U.S. economy is growing again after two straight quarters of contraction as consumers keep spending and most businesses continue hiring despite the interest rate increases,” he said. “Following a 1.6% decline in the first quarter, gross domestic product decreased by a comparatively mild 0.6% in the second quarter, with the improvement fueled mainly by 2% year-over-year growth in personal consumption expenditures. The Blue Chip Economic Indicators panel of forecasters, which includes me and a highly respected group of business economists, predicts that GDP will continue to improve for the remainder of the year, expecting seasonally adjusted annual growth of 1.2% in the third quarter and 0.6% in the fourth. The panel projects that the economy will continue at the 0.6% pace in 2023 — not dramatic growth but better than a decline.”

Kleinhenz further pointed out that the Fed is very concerned about consumers’ inflation expectations becoming unanchored, but various surveys show that worries are stabilizing. The New York Federal Reserve Bank’s August survey found consumers expect inflation to be at only 5.7% a year from now, down from the expectation of 6.2% a month earlier. Consumers expect inflation to be at 2.8% three years from now, down from the 3.2% previously expected, and around 2% five years from now in 2027.

He noted that it is impossible to know whether the Fed’s monetary tightening will lead to a recession or how bad the recession might be if one does occur, but the risk is clearly elevated, and the current framework of rate hikes increases the chances. “Only 38% of the Blue Chip economists now believe the Fed will be able to rein in inflation without generating a recession, down from 51% in August,”  Kleinhenz said. “However, 95% of those who think the Fed’s actions will lead to a recession say it would be mild. The panel sees a 42% chance that a recession will begin this year, up from 40% last month, and says there is a 54% chance of a recession in 2023, up from 53% in August.”

Kleinhenz said he believes that momentum from job gains and wage growth needs to be substantially constrained to slow inflation, and the labor market is a key focus for the Fed, but a major impact remains to be seen. “While the labor market showed signs of cooling in August, the increase of 315,000 jobs was too strong for the Fed’s comfort,” he said. “Initial jobless claims unexpectedly dropped to 193,000 in the week that ended Sept. 24, down from 209,000 the week before, and were among the lowest since May as businesses attempt to hold on to workers because of the ongoing difficulty in filling open positions.”

Lastly, Kleinhenz said that while the economic outlook has stirred concerns about the upcoming holiday season, retailers are preparing for shopping to begin early this year and their recent holiday hiring announcements come as many expect to capture resilient consumer spending despite inflation pressures.

“Retail hiring this holiday season is likely to reflect that many seasonal workers from last year’s holiday period became permanent — reducing the number of seasonal workers retailers will need to add this year — but also some caution as the economy is growing at a much slower pace than last year,” he said. “NRF is carefully assessing all aspects of the situation and plans to release its annual holiday spending forecast in early November.”

Inside Retail: State of the Industry Quarterly Report: A Deep Dive Into the Stories That Shaped Q4 2022

Q4 often shakes up the retail industry across sectors as consumers enter the period of holiday spending and gift purchasing. But, beyond the traditional holiday shopping season, what trends and news shaped the industry this past quarter?