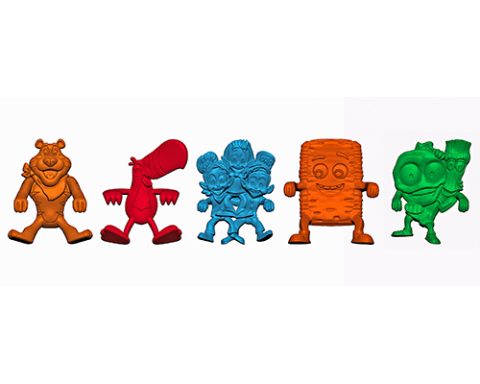 The company announced that several of its mascots — Tony the Tiger, Toucan Sam, Snap, Crackle and Pop, and Mini and Apple and Cinnamon — can now partake in the all the breakfast fun.

New from the Battle Creek, Mich.-based company are Bowl Buddies, which hang on to the edge of a cereal bowl.

Available in specially marked boxes of Frosted Flakes, Froot Loops, Rice Krispies and Apple Jacks cereals, Bowl Buddies will only be around for a limited time, the company said.

“For generations, Kellogg has brought families together at the breakfast table, with Tony the Tiger, Toucan Sam and pals being an integral part of family memories made over breakfast,” Laura Newman, senior marketing director of Kellogg All Family Cereal said. “Now the beloved cereal gang can truly be a part of the breakfast hangout with cereal fans of all ages.”

Consumers will be able to start hunting down Bowl Buddies in specially marked cereal boxes at retailers nationwide beginning in September for a suggested retail price that ranges from $3.99 to $5.69 per 14.7 to 24-oz. box.