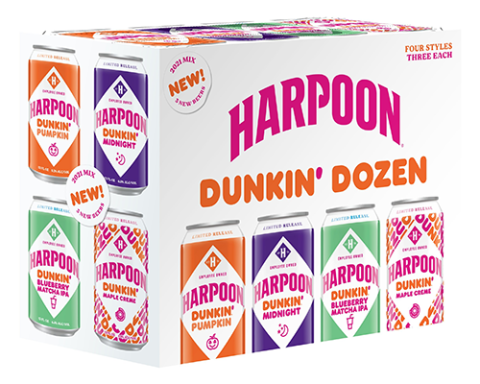 For a fourth consecutive year, Harpoon Brewery and Dunkin’ are rolling out yet another craft beer collaboration.

“We have elevated our collaboration with Harpoon this fall with three new beers, all made with Dunkin's iconic coffee, donuts and matcha tea,” Brian Gilbert, vice president of retail business development at Dunkin’ said. “Beer, matcha, coffee and donuts, we can't think of a better combination.”

The Harpoon Dunkin’ collaboration is available in a mix pack that contains three cans of each seasonal beer flavor wherever Harpoon beverages are sold beginning in September.